The Power of Language in the Workplace 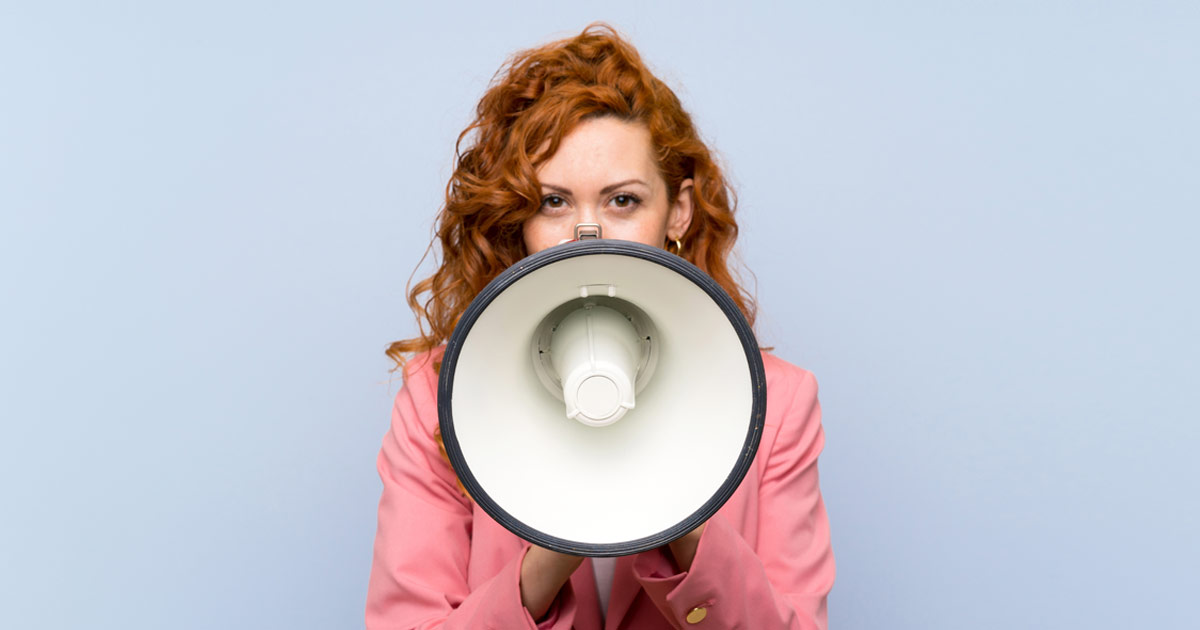 How many times have you expressed an idea by starting with "In my opinion" or challenged a differing perspective with "I just think"? In the past week, a handful. In a lifetime, countless.

As women, we consistently choose language that is disqualifying—of our abilities, experiences and intelligence—whether we are aware of it or not. This type of diction, commonly referred to as "out-of-power language," minimizes our contributions before anyone or anything else has the opportunity.

When employed in the professional setting, it's often perceived as passive, indecisive, or weak and can ultimately hinder career advancement.

Then why do we do it?

According to Heidi Frye, president and founder of Grand Rapids-based UPwords Inc, a professional training and coaching organization that creates customized, experiential development initiatives for individuals and teams to develop leaders and impact business growth, the reasoning is multifold.

"At the gender level, women desire connection from conversation and men desire independence," explained Frye. "Because of this, the softening of language is natural when the goal is inclusion. It's the difference between saying 'Let's get together!' and 'I want to get together with you.'"

While not all women seek connection and not all men seek independence, differing conversational goals for the majority of each gender are further complicated in male-dominated workplaces. Because each gender defaults to one style of communication over the other, women inadvertently surrender their power when choosing female-oriented language in environments that traditionally favor male communication styles.

Although the expectation is not that women need to "man up" to be successful in workplaces of this kind, it's often what happens when success is organizationally defined on male terms.

Instead of adopting male behavior and—dare I say it—crossing into territory inappropriately identified as aggressive and "bitchy," how can women harness the power of language to self-advocate in a manner that is mutually respected and understood in the workplace?

CHOOSE WORDS THAT CARRY WEIGHT.
"By making small but significant changes in vernacular, women have the power to positively impact their career," said Frye.

"In gendered language, phrases like 'I think' are simply an opinion—there is no movement. Opting for more definitive language, such as 'I propose,' captivates attention and encourages action regardless of gender."

TRACK PATTERNS OF MINIMIZATION.
Like all lifestyle changes, forming a new habit takes time and focus. Much like incorporating fitness into your daily routine or unplugging from technology on the weekend, keeping accurate records of current behavior is a great place to start. Frye encourages identifying a few out-of-power words or phrases that are troublesome and tracking how many times each is used over a one-week period. While it may seem tedious, knowing where to focus your energy will help with setting realistic, achievable goals.

"It is going to feel clunky," Frye added. "Because strong, powerful language is not the default for most women, injecting definitive words into conversation will neither come naturally nor feel natural at first.

"The reaction of those listening, however, is worth working through the awkwardness."

SAY IT WITH CONFIDENCE.
In the same way words carry weight, so too does the way in which words are delivered. If your tone is questioning or lacks conviction, those hearing the message are less likely to get on board with what you have to say. While a powerful delivery may not always end in agreement, it will be respected.

And women, you deserve respect.

Chantell LaForest, a born-and-raised Yooper and Central Michigan University alumna, is a communications and events professional who has called Grand Rapids home since 2013. When she's not in line at Starbucks or buried in a book, you can find her coordinating weddings across the Mitten State.

This article originally appeared in the December/January 2019 issue of West Michigan Woman.