Pivoting a Marketing Strategy Amidst the Pandemic: Revue’s Fifth Annual Best of the West 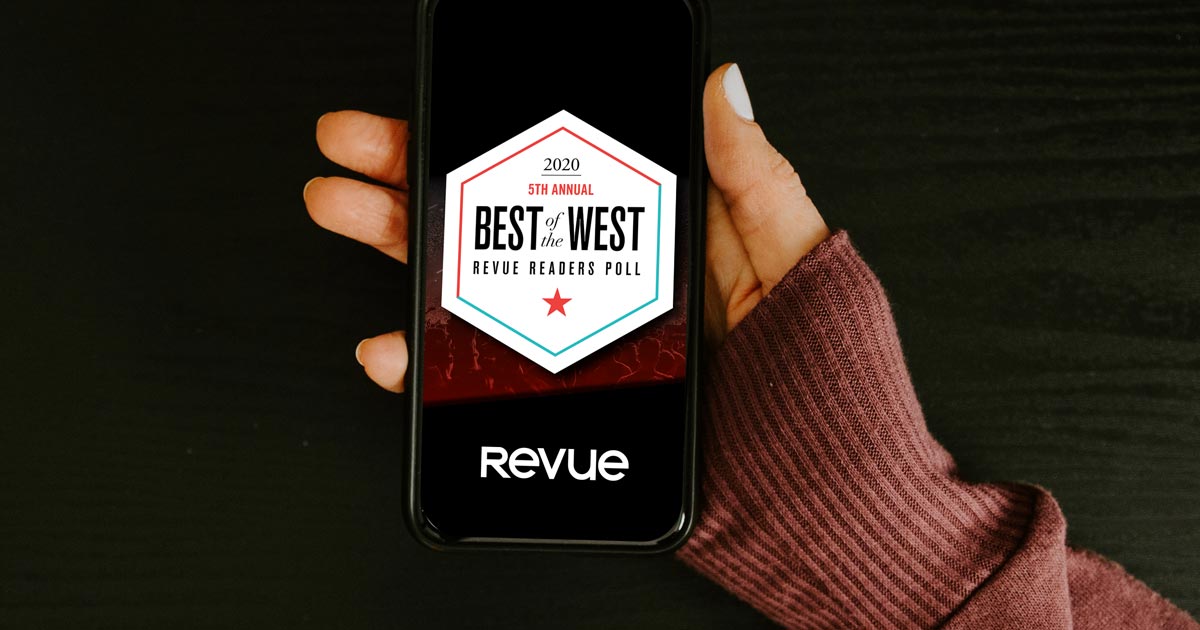 Revue Magazine has been a staple entertainment guide in the greater Michigan community since 1988. Each month, Revue is distributed at more than 300 locations throughout West Michigan. In 2019, Serendipity Media purchased Revue Magazine and is now the publisher.

Our Goals
Annually, Revue hosts the Best of the West (BOTW) readers’ choice poll. Readers vote for their favorite local businesses across multiple categories including Attractions, Dining, Drinking, Music, Nightlife & Activities, Services & People and Shopping. Not only would 2020 be Revue’s first BOTW under Serendipity Media’s umbrella, but it also marked the milestone fifth annual poll. Serendipity wanted to make it better than ever, while growing the audience.

To reach these goals, the marketing plan relied on three key strategies:

The competition would culminate in the first-ever Best of the West Live Event at 20 Monroe LIVE in Grand Rapids, Michigan. The goal was to bring together 300 attendees and finalists for a night of public recognition and celebration.

Time to Pivot
Unfortunately, despite Serendipity’s intentions, COVID-19 had other plans. One week before BOTW voting opened, COVID-19 made itself known in the U.S. When the State of Michigan issued an Executive Order closing businesses representing all BOTW voting categories, it became clear — now more than ever — these local businesses would need support. Serendipity did not back down, and instead chose to proceed with the fifth annual Best of the West poll to help area businesses maintain a public presence with exposure via Revue’s media channels.

“Marketing messaging went from ‘support your favorite local businesses with your vote’ to ‘our community and these businesses need your love and support more than ever,’” explained Josh Veal, Managing Editor, Revue.

Our Approach
Without blinking an eye, Serendipity’s marketing team took action and redeveloped its strategy. This included, but was not limited to:

Our Results
In short, the fifth annual Best of the West was a success! Over the course of this month-long competition, Serendipity was able to reach 50,000 people. The highly adapted messaging spoke to the Revue audience in a way that secured almost double the amount of votes a day in 2020 than in 2019.

Many of those voters were captured and converted into new contacts for Revue’s weekly eNewsletter, growing it by 63%. As a result of Serendipity’s social media efforts, followers on Facebook and Instagram increased by 2.54% during the campaign.

While Serendipity wasn't able to host BOTW LIVE! in 2020, the Facebook Live series announcing the finalists garnered over 7,100 views. Winners and runner-up celebrated being honored by placing ads in Revue’s Best of the West Issue. One restaurant even shared their win on billboards, proclaiming they were the “Best New Restaurant according to Revue Magazine Readers.”

We love meeting goals and surpassing expectations. Need help developing and implementing your next marketing campaign? Contact us and we’ll talk strategy.