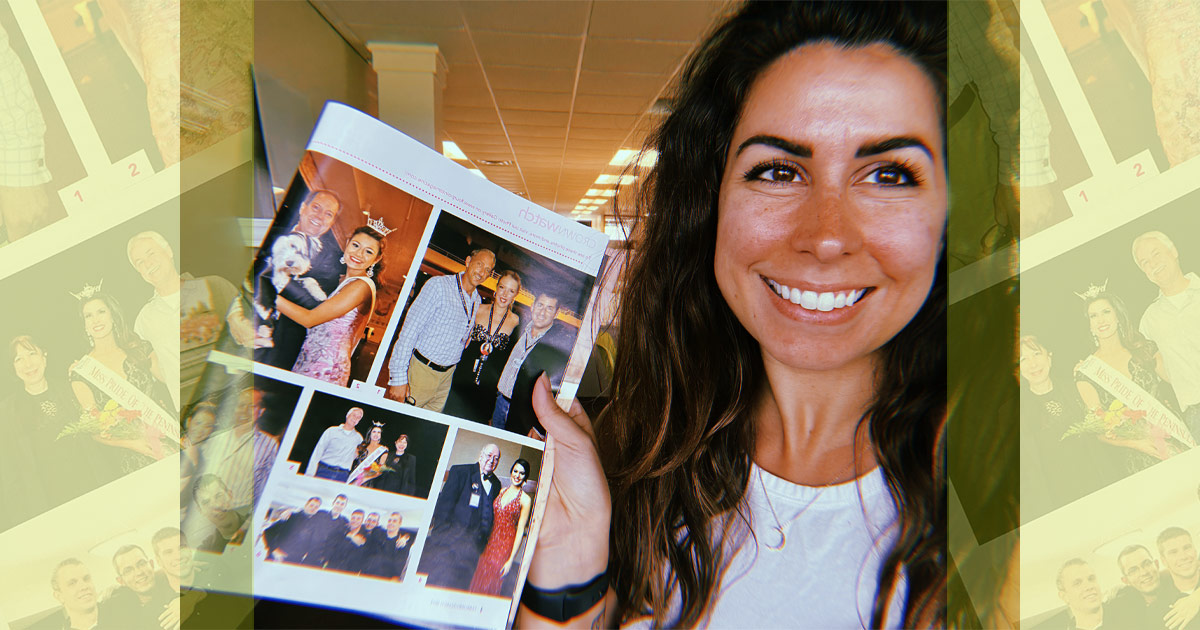 Originally from the east side of the state, I moved to Grand Rapids almost immediately out of college for a job working in PR. As I got to know the area better and started to make connections, I learned about West Michigan Woman magazine and knew I wanted to get involved with it someday. After about five years, I knew I wanted to make a career shift from PR to my more familiar realm of writing/journalism. So you can imagine how I jumped at the chance to apply for the staff writer position at Serendipity when it became available.

The listing was shared with me by one of my greatest friends, who is also my initial connection to Grand Rapids. She also happened to be long-standing friends with Kasie Smith, Serendipity President and Publisher. All three of us had something unique in common: We’d all competed, worked and volunteered within the Miss America Organization. Fourpoints Magazine, which was published by Serendipity, was the official bi-monthly publication dedicated to the contestants, volunteers and enthusiasts of the Miss America Organization.

Long before I knew anything about Serendipity, I happened to have appeared in Fourpoints on several occasions while actively competing within the organization, including in its final issue, published in February/March 2014. (While Fourpoints has come to an end, Serendipity still publishes the program book for Miss America’s Outstanding Teen, a massive undertaking our production team absolutely nails every time.) When I applied for the staff writer position, I was sure to mention this unique connection in my cover letter, as it all felt wildly serendipitous to now be knocking on Serendipity Media’s door in this way.

Today, as the Managing Editor of West Michigan Woman and Groups Today, I’m thrilled to be able to do the work I do at Serendipity, and to give a nod to my younger, less-experienced self who only hoped her ambitions would someday come to fruition. Here’s to being open to possibilities (no matter how out of reach they may seem) and believing in yourself.